Throw Back Tuesday: The Awareness of a Social Stigma in Pole Dancing & Health 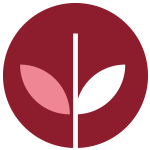 Blog Originally Published October 5, 2011 on www.PoleHarmony.com. Updates and corrections have been made to the original blog to reflect current research program progress as of October 2016.


October is breast cancer awareness month. In honor of those affected by breast cancer who I've known personally or been acquainted with, I've decided to participate in educating myself and others through this blog entry about this important issue affecting so many lives every day. By clicking the image to the left in this blog entry, you will be directed to the National Breast Cancer website. While reading through some of the information on nationalbreastcancer.org, I came across an interesting article regarding male breast cancer. Breast cancer is often thought of as a women's disease much like pole dancing is thought of as a women's sport. I got to thinking and came to the realization that men have a commonality with the general public's misconception when it comes to breast cancer and pole dancing. Men pole dance and men can get breast cancer. Two completely different topics relating to the same issue.

As a woman, I am informed by my health care provider to routinely perform a monthly breast self exam.  This technique can be performed in the same manner for men. The best way to detect breast cancer is by self examination or mammogram. It's important to seek immediate care from your health care provider if you find any abnormality while performing your breast self exam. The most effective treatments are those that can be administered to cancer in it's earliest stages. Early detection is key to survival.

The pole community has become quite active in the breast cancer awareness campaign. Pink Pole Power is a United States based organization founded by a man named Sean O'Connor. Pink Pole Power has participants from around the world that have submitted a favorite pole photo that is digitally enhanced by Pink Pole Power's trademark pink pole and organization signature along with a monetary donation. Half of the proceeds go to charities that help pole dancers going through breast cancer. Pink Pole Power's mission is to promote pole dancing for fitness and breast cancer awareness. Visit www.pinkpolepower.com for more information and to participate in this great cause and obtain your very own Pink Pole Power support pole photo. I've taken part in contributing in hopes that some day my family, friends, and the many people currently battling this horrific disease will eventually be presented with a treatment offering a cure.


Update October 2016: The website www.PinkPolePower.com appears to no longer exist and upon research for this updated blog piece, I was unable to find any information regarding this organization's current activities. 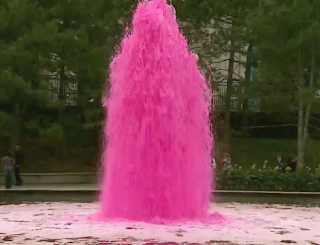 On Monday October 3, 2011, Indianapolis dyed their infamous downtown canal pink. The fountains pink water sprayed up into the air in celebration of the city's Pink Monday. Pink Monday was initiated by the NFL team, the Indianapolis Colts, as a fundraiser to aid in continuing research and treatment. The committee in charge of organizing the upcoming 2012 Super Bowl in Indianapolis has partnered with the Komen Tissue Bank creating the campaign Super Cure, which organized a drive where women donated healthy breast tissue for cancer research. A major donation will again take place a week before the upcoming Super Bowl. Super Cure has successfully raised awareness of breast cancer research and brought the Komen Tissue Bank and their purpose into headlines for the fight against breast cancer.


It appears four years later, the Super Cure project is still making an impact.  Local news station journalist Anne Marie Tiernon of WTHR reported a story in March of 2016 about a local mother that donated her healthy breast tissue and how her tissue was chosen for many important research studies. Read the full article here.

Pink has become the trademark color of breast cancer awareness. It's important we don't forget that just because pink signifies femininity it isn't just a disease reserved for women. Men are just as susceptible to this disease as women and are fighting the same battles within their treatment course. In October of 2010, Pennsylvania established the third week of October as Male Breast Cancer Awareness week. The ribbon symbolizing male breast cancer is a pink ribbon with a blue shadow. The blue shadow signifies the men living in the shadows of the pink stigma of breast cancer. A campaign raising awareness for men and breast cancer is known as Out of the Shadows of Pink. Men have a higher mortality rate because they are often diagnosed in late stages of the disease due to the lack of awareness in self detection. It's time we open our minds and push social stigma to the way side to realize- men pole dance and men can get breast cancer.

Email ThisBlogThis!Share to TwitterShare to FacebookShare to Pinterest
Labels: Dance, Health and Beauty, Pole and Life, Pole dancing and healing